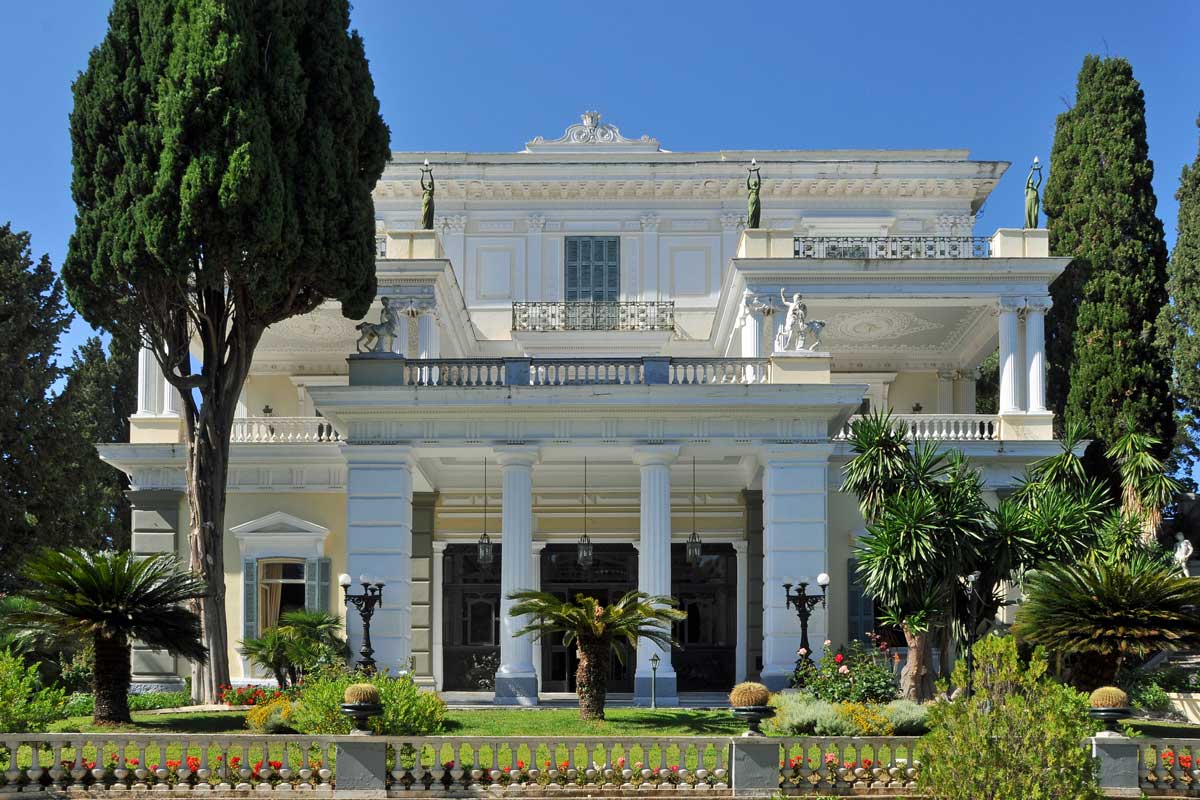 The summer residence of the Empress Elisabeth of Austria (Sissy), in Gastouri. She named the mansion “Achilleion”, in honor of Achilles and his huge statue dominates the palace’s garden. Now functions as a museum. 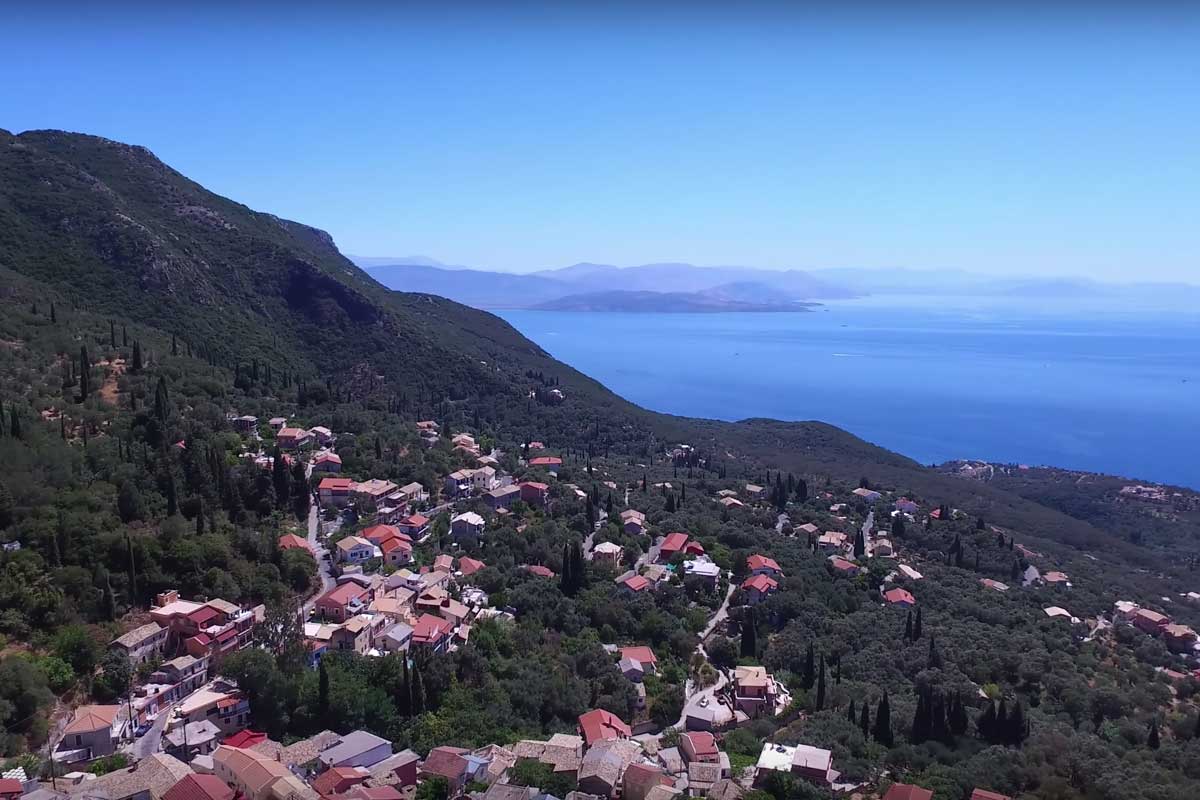 Spartilas
The tavernas in the colorful square offer some of the best local wine. From here the road to the top of mount Pantocrator or across the island towards Paleokastritsa, gives breathtaking views and eventually takes you out onto the north-west of the island.
View more 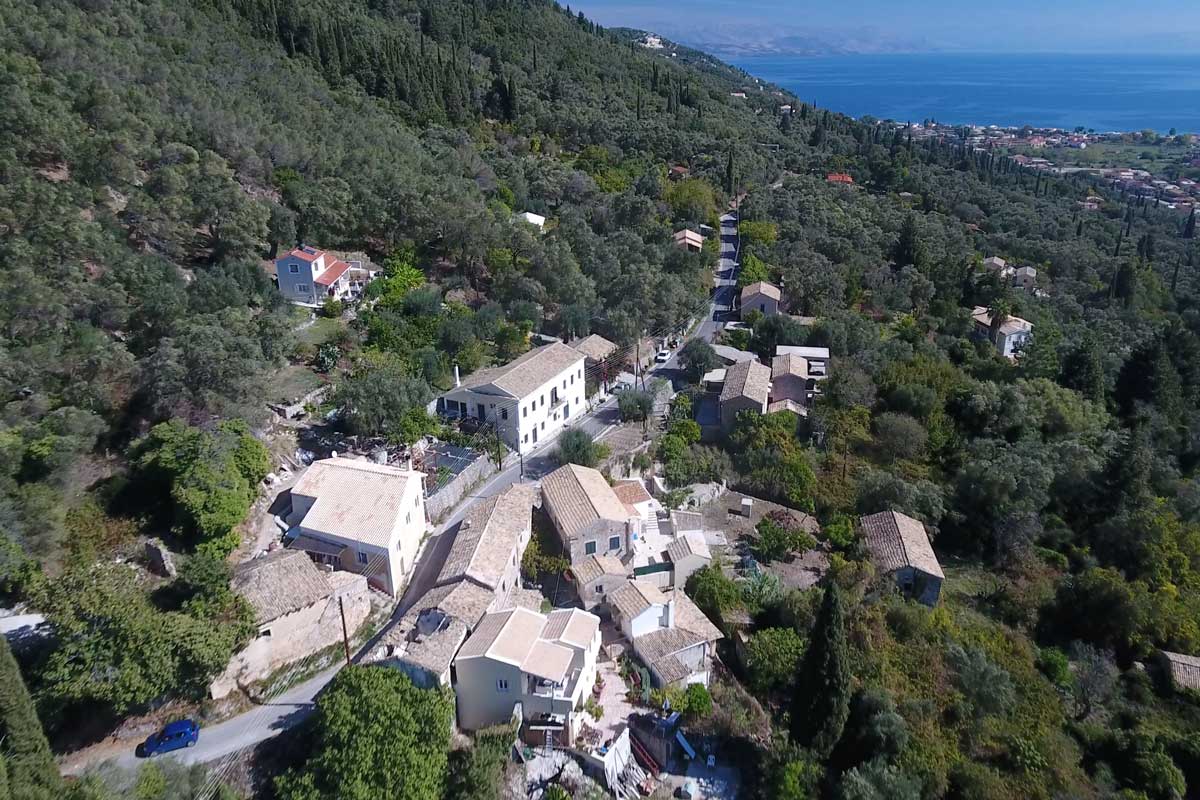 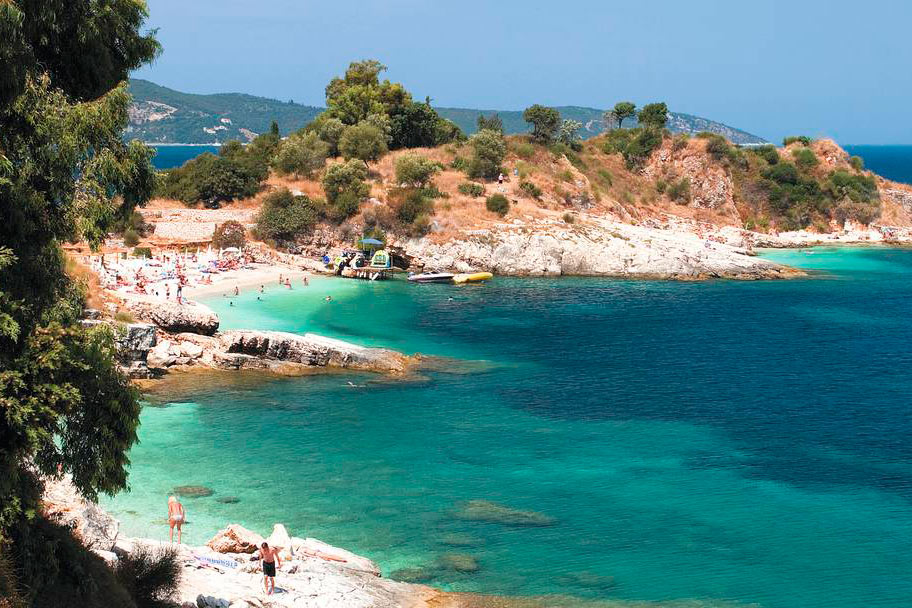 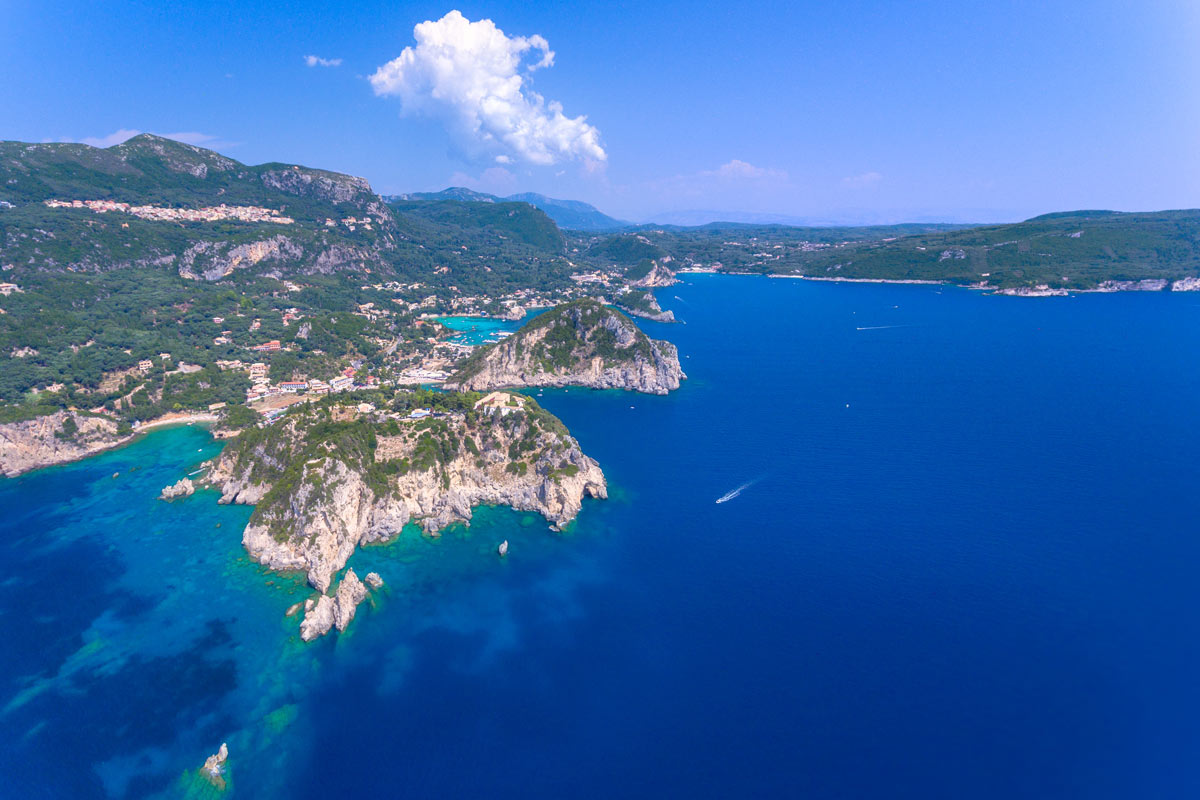 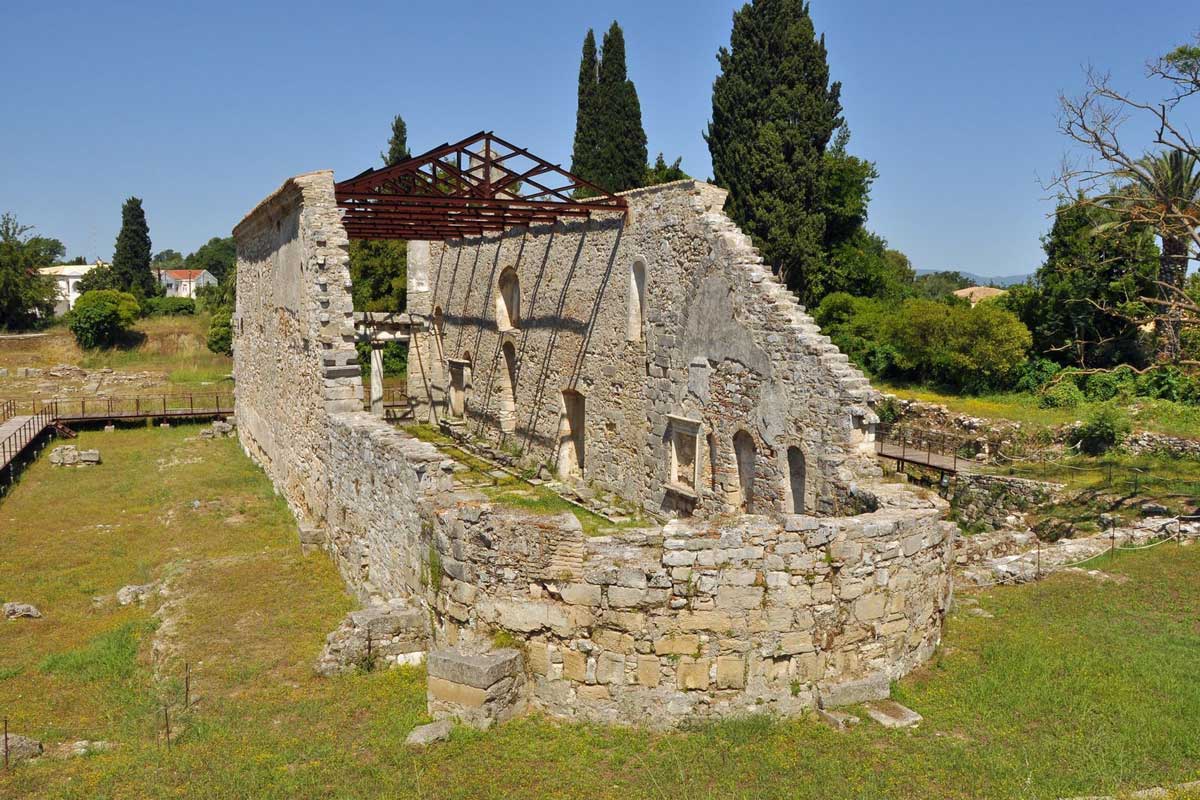 Paleopolis
Paleopolis, according to archeologists is where the center of the ancient city of Corfu used to be. There was the market, the Doric temple of Kardaki, the roman baths. Further out north, remains the Monument of Menekratis, a circular funerary monument with a conical roof, built around 600 BC. The inscription is one of the oldest in Greece. In the south of Paleopolis is the temple of Artemis Gorgous. Built in the early 6th century, when the island was under the sovereignty of Periander, tyrant of Corinth.
View more 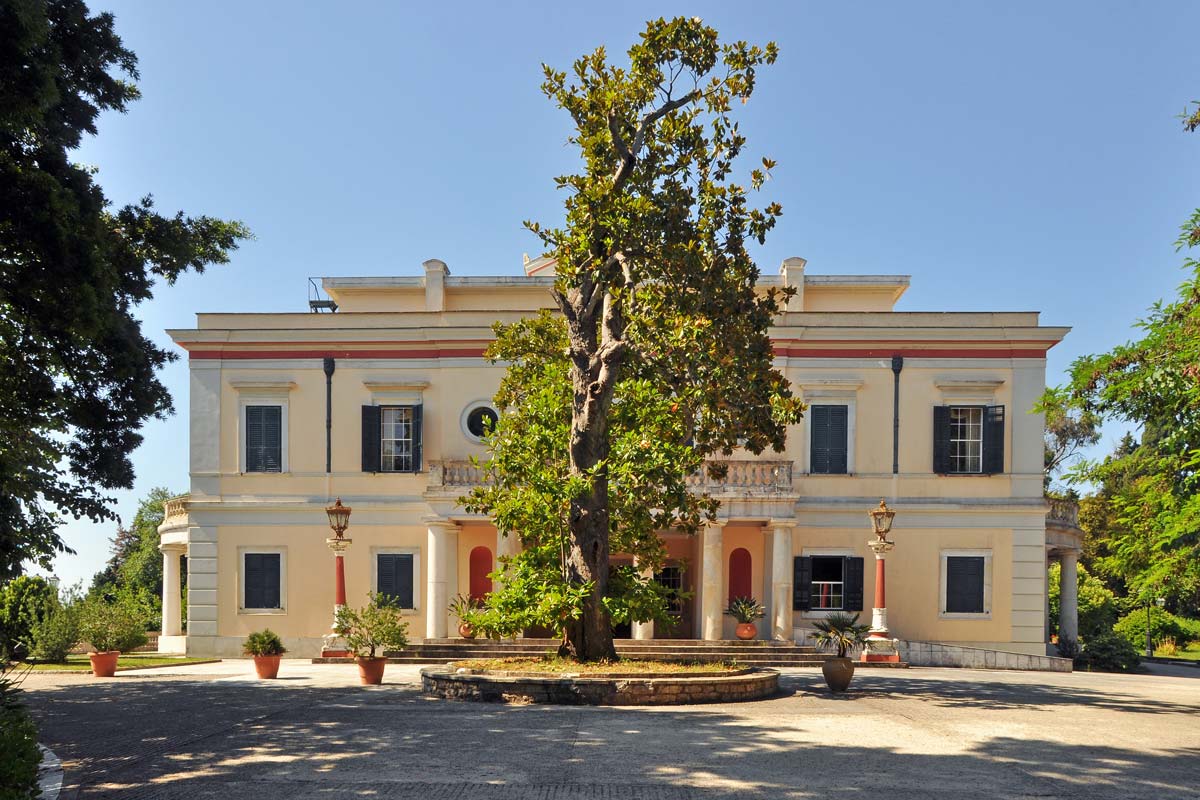 Mon Repos
Inside a green park, this mansion, “Mon Repos”, was built in 1824, in order to be given to the British commanding officer. Later became the summer house of the Greek, ex-royal family. This house was the birthplace of the Queen of England’s consort, Prince Philip. Today it hosts the Paleopolis Museum.
View more
{MESSAGE}
{MESSAGE}
Confirm
Cancel